Many are the things to do and places to see in Sicily. But here is a list of the cities in Sicily that you cannot miss.

Sicily’s largest city and capital is a place of many wonders. It’s phenomenal history can be observed through the architecture of basilicas, government buildings and piazzas. Full of restaurants and nightlife, Palermo will keep you busy day and night!

Sicily’s second largest city hosts the active volcano Mt. Etna that has influenced the history and atmosphere of this city. Hike to its top, and you will be stunned by the astonishing view of Catania.

Among the many towns in Sicily, Taormina is definitely the most popular one. Located 206 meters above the sea, this town offers a great view of the Mediterranean Sea along with its fun boutiques and authentic restaurants.

One of the best towns in Sicily, Cefalu’ features Medieval streets and a sandy beach perfect for a relaxing holiday.

Being the most important city of Magna Graecia, Syracuse is a must for history lovers. 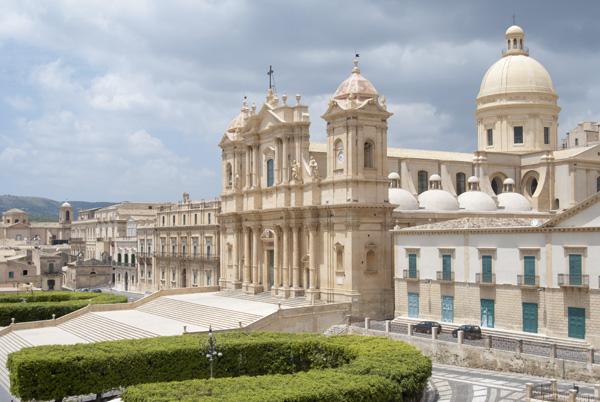 If you love Baroque architecture, Noto is where you want to go. Destroyed by an earthquake in 1693, this town was rebuilt is a new flourishing style.

With its strategic position that gives into the Tyrrhenian Sea, Milazzo has earned the title of having some of the best beaches in Sicily.

Positioned on a hilltop, this town has one of the world’s architectural treasures, the Norman Duomo. You cannot visit Sicily without stopping by Monreale.

Erice ranks as one the best towns in Sicily for its mediaeval style and its view from 751 meters above the sea level.

Wine lover? Marsala is the place of your dreams!