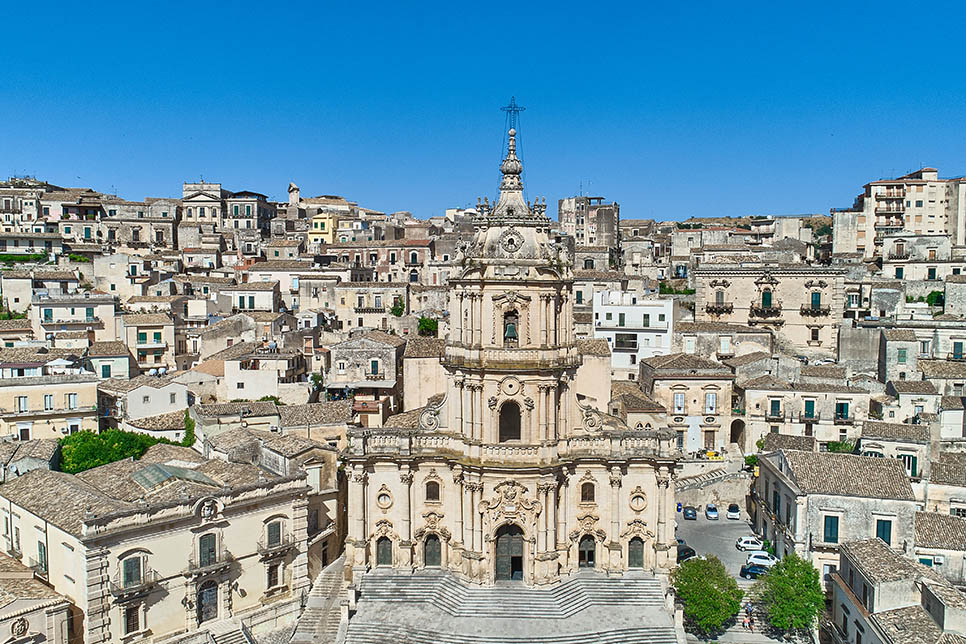 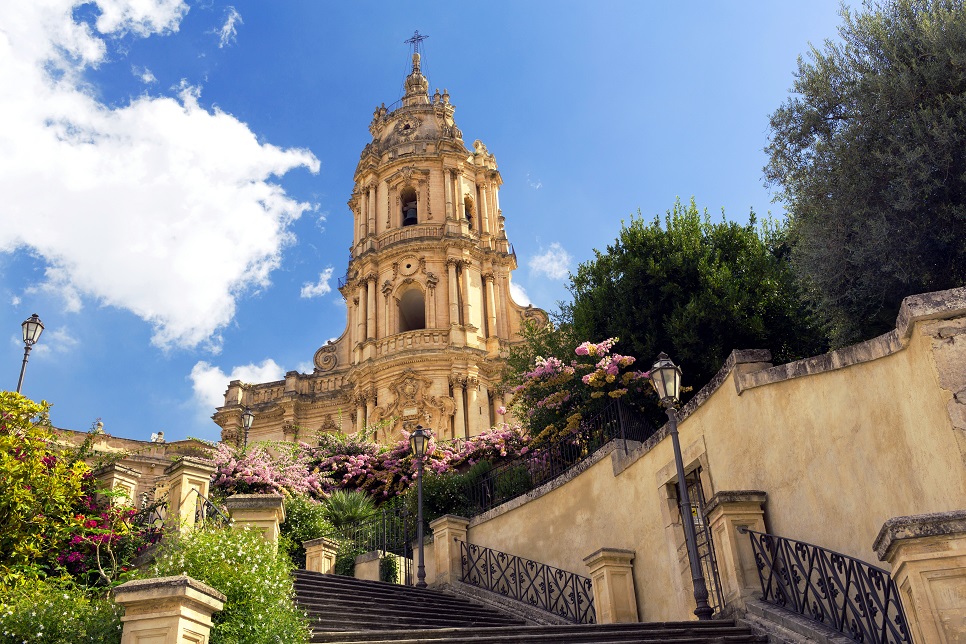 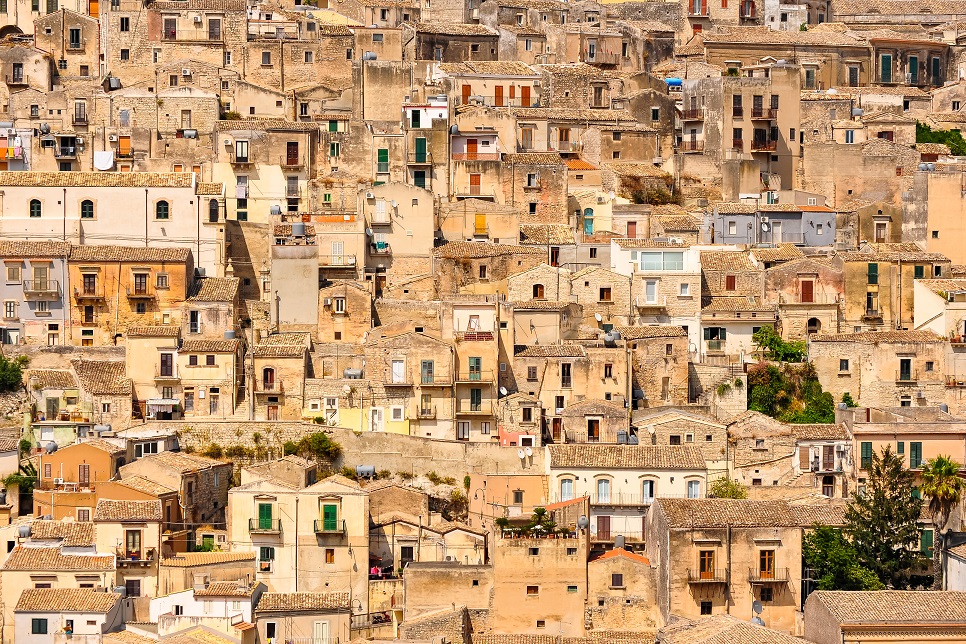 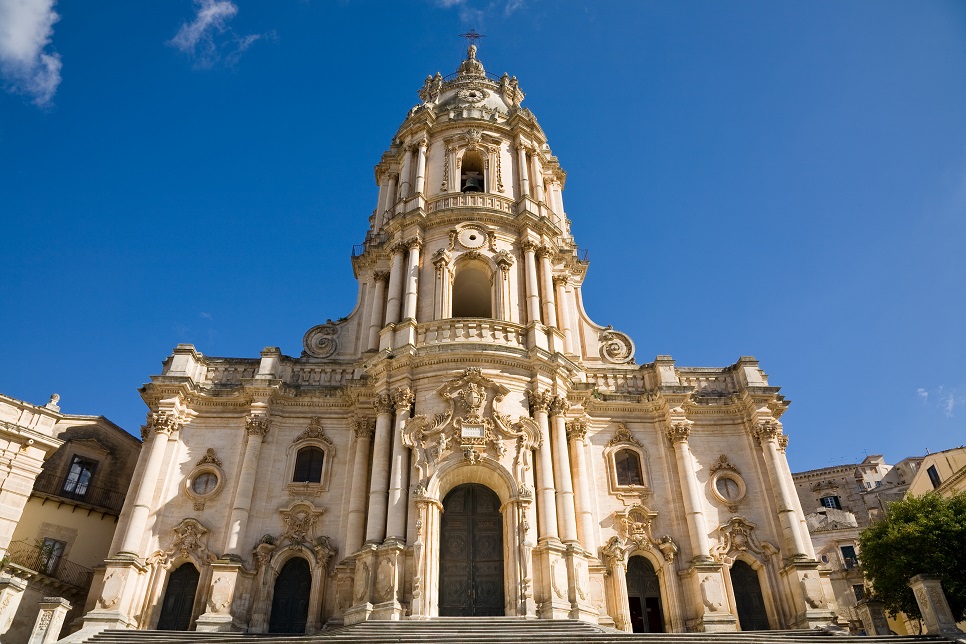 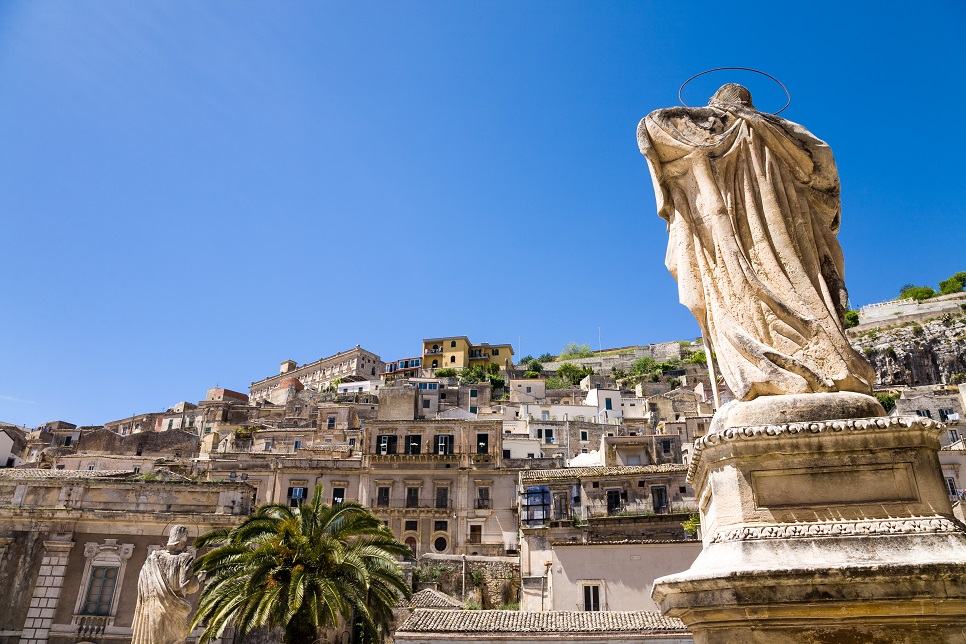 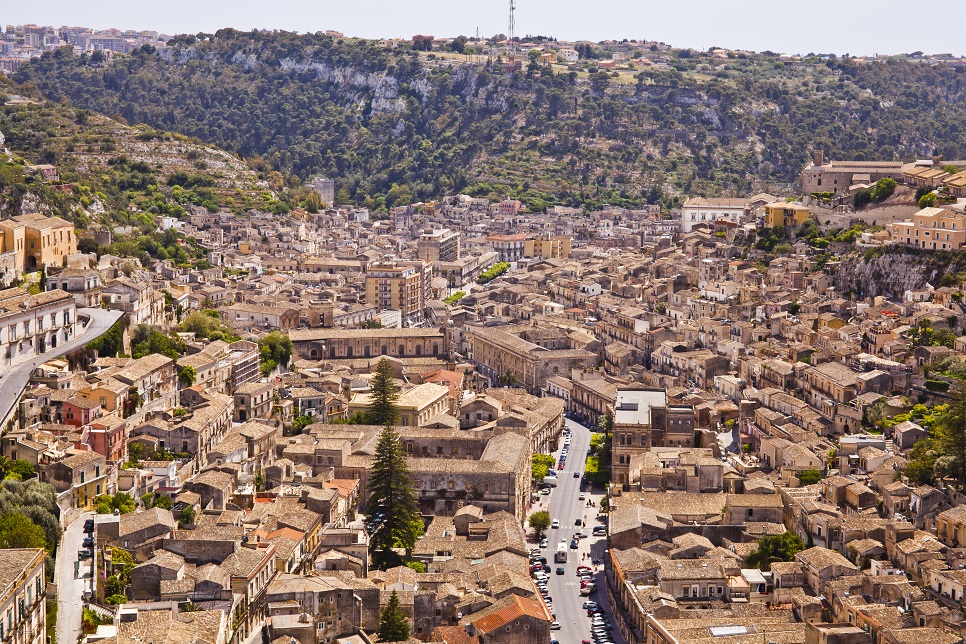 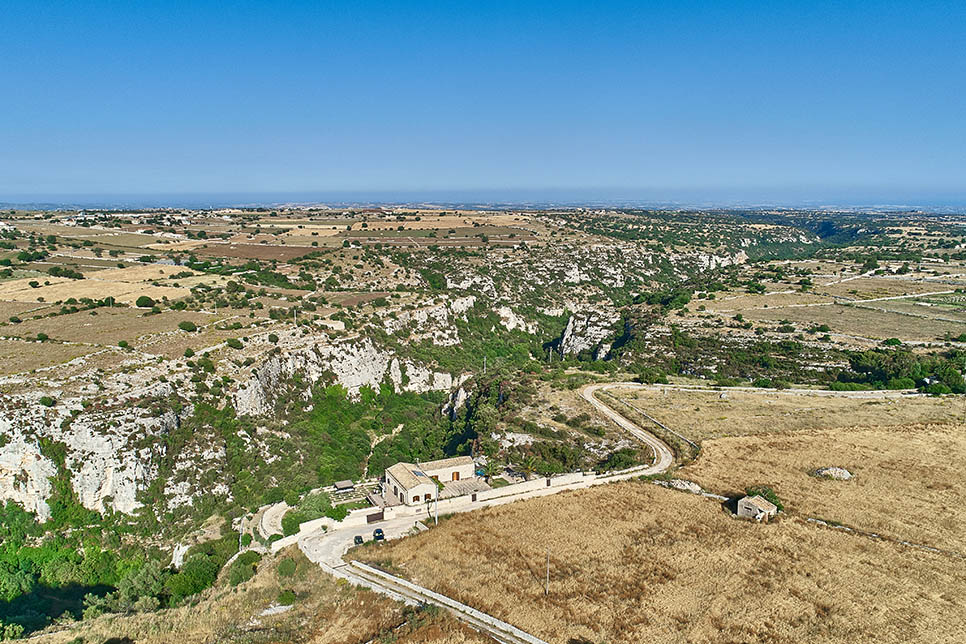 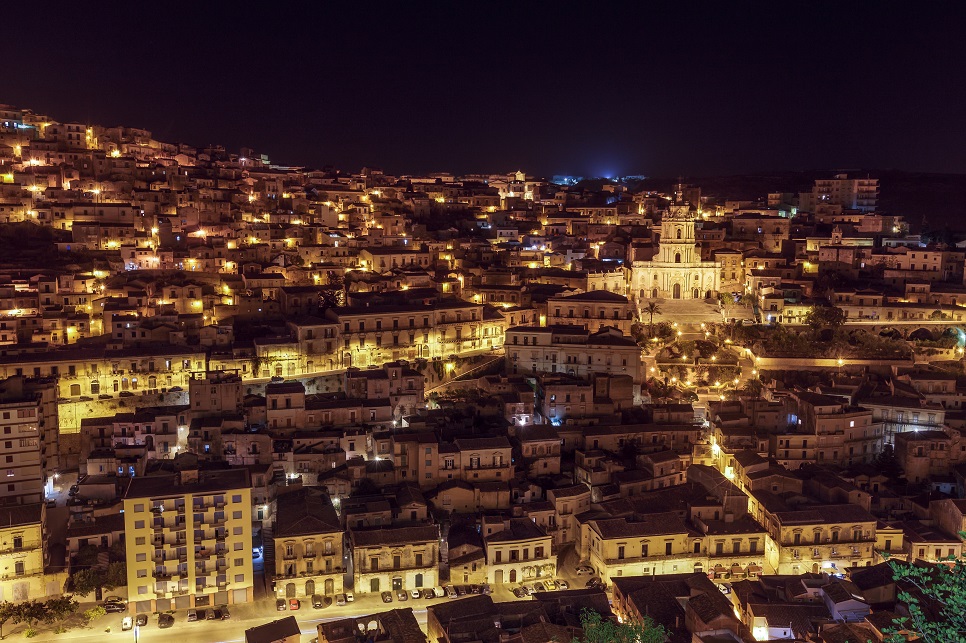 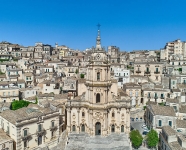 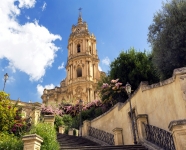 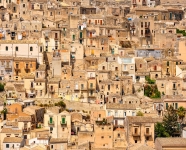 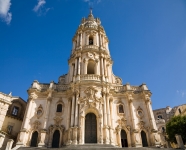 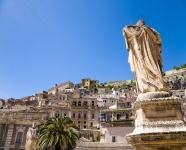 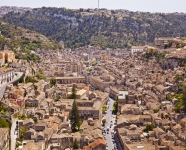 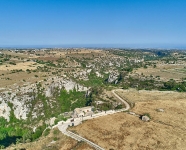 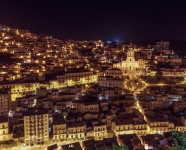 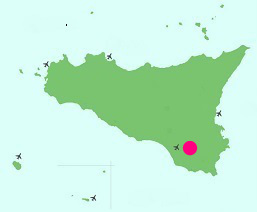 Famous for its narrow winding streets and stairways, baroque churches with intricate façades and a long-standing history in chocolate making, Modica is one town in southeast Sicily which needs to be on your Sicilian itinerary.

Set in the dramatic Monti Iblei, Modica is one of the 8 gorgeous Val di Noto towns recognised by UNESCO for its contribution to late baroque art. In common with its neighbours, the town was largely destroyed by the 1693 earthquake, after which much of the medieval old town was rebuilt with magnificent churches and bell towers that punctate a maze of alleys and red-tiled roofs.

Understanding Modica’s geography is essential if you want to get the most out of your visit. The town is built around several steep valleys and essentially divided into two areas: Modica Alta (Upper Modica), the oldest part of town, characterised by steeply stacked houses and palazzi on the slopes of the hillside, and the newer Modica Bassa (Lower Modica) which lies in the bottom of the valleys. The two parts of town are connected by a zigzagging road as well as steps – a grand total of 250 - leading from Modica Bassa up to the exquisite honey-coloured façade of the Duomo di San Giorgio.

Which leads us on to Modica’s churches (all 100 of them!). The Duomo di San Giorgio is one of Sicily’s best-loved and most impressive baroque churches, generally regarded as Rosario Gagliardi’s greatest work. Its three-tiered façade crowns in a single belltower, while its lavish interior features swirling gold, silver and pale blue ornamentation, stuccoes and paintings. The baroque Chiesa di San Giovanni Evangelista is also located in Modica Alta, close to the Belvedere Pizzo viewing platform, highly recommended for the best views of the old town and surrounding countryside.

Churches in Modica Bassa include the Duomo di San Pietro which was reconstructed in 1697 following the 1693 earthquake. Highlights include the vast staircase, lined with life-sized structures of the Apostles and completed in 1876, and the scenes from the Old Testament that adorn the vault. It wasn’t until 1987 that neighbouring San Nicolo Inferiore was discovered. The 12th century church is carved into rock and features Byzantine wall paintings.

The Chiesa del Carmine, also known as Santa Maria dell-Annunziata, situated just off the high street in Modica Bassa, is also worth a visit. The 15th century Gothic church was one of the few buildings to escape the devastation of the 1693 earthquake and visitors can still see its Gothic doorway, old carved wooden confession booths, a magnificent rose window and the Cappella Celestri, a late-Gothic chapel.

Other notable buildings include the Castello dei Conti which dates back to the 13th century and close by, the early 18th century Torre dell’Orologio which was built on the remains of a 17th century lookout tower.

Need a sit down and something to eat? Make tracks for Corso Umberto I where you’ll find plenty of restaurants, bars, family-run cafés and chocolate shops. The street is also home to Sicily’s oldest chocolate shop, the Antica Dolceria Bonajuto. Modica’s chocolate tradition dates back to the days when Sicily was ruled by the Spanish, when the Conquistadors discovered cocoa and the ancient Aztec methods of chocolate making. This resulted in a chocolate that’s grainier than the chocolate we’re familiar with today, and traditionally flavoured with chilli, cinnamon and vanilla.

If you’re a diehard chocolate fan, watch out for Chocobarocco, an annual event in Modica that includes chocolate-related events, activities and chocolate sculptures. Other special events in the town include processions on the feast days of San Giorgio and San Pietro, and the hugely atmospheric Easter procession of the Madonna Vasa Vasa.

Our holiday villas near Modica>>