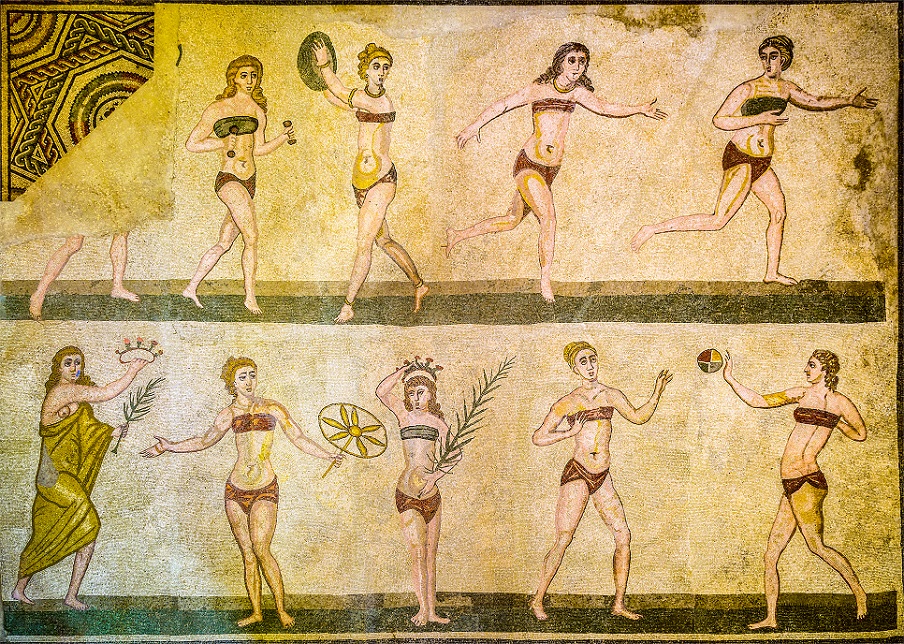 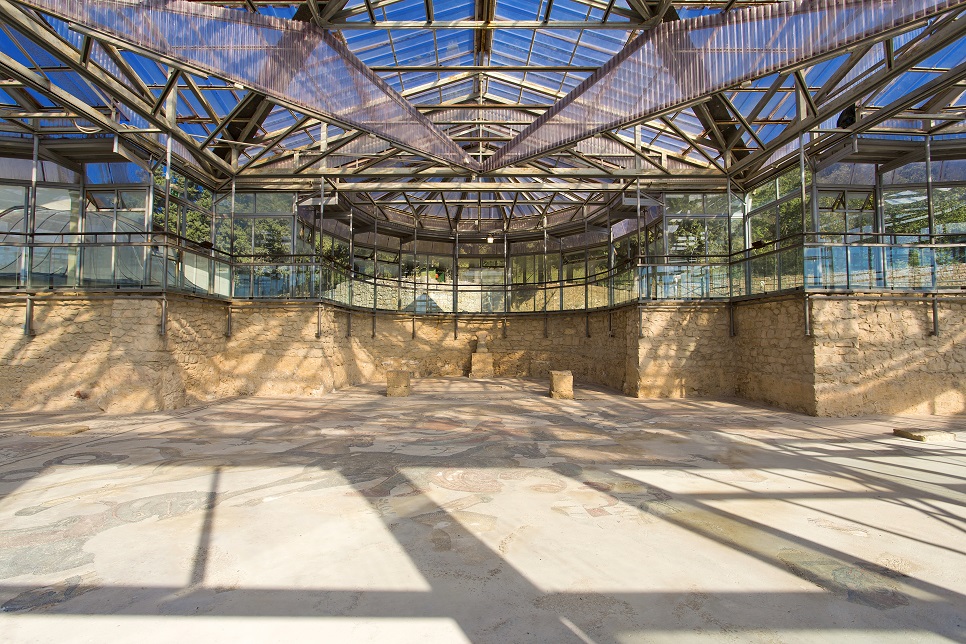 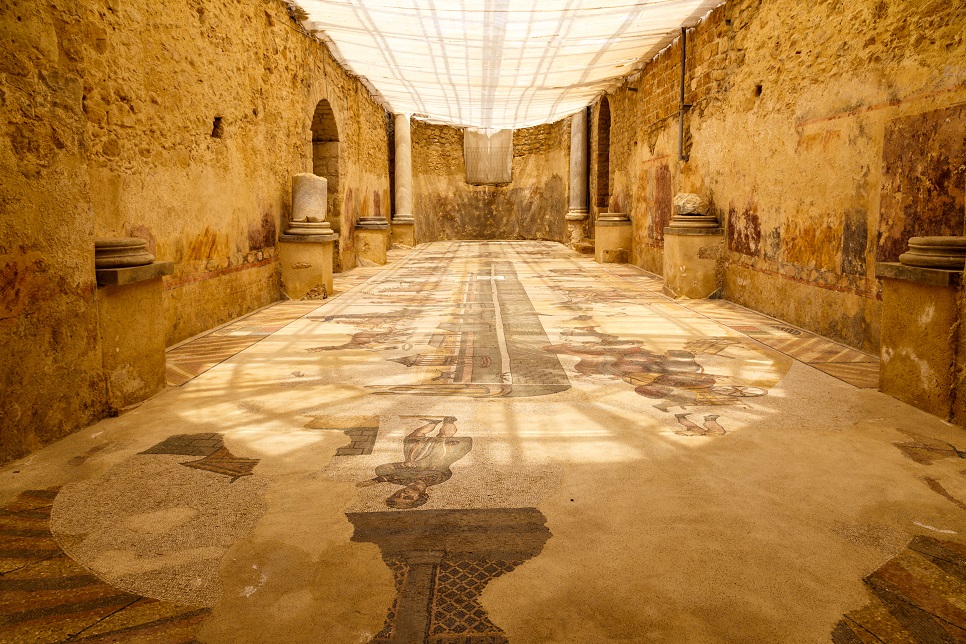 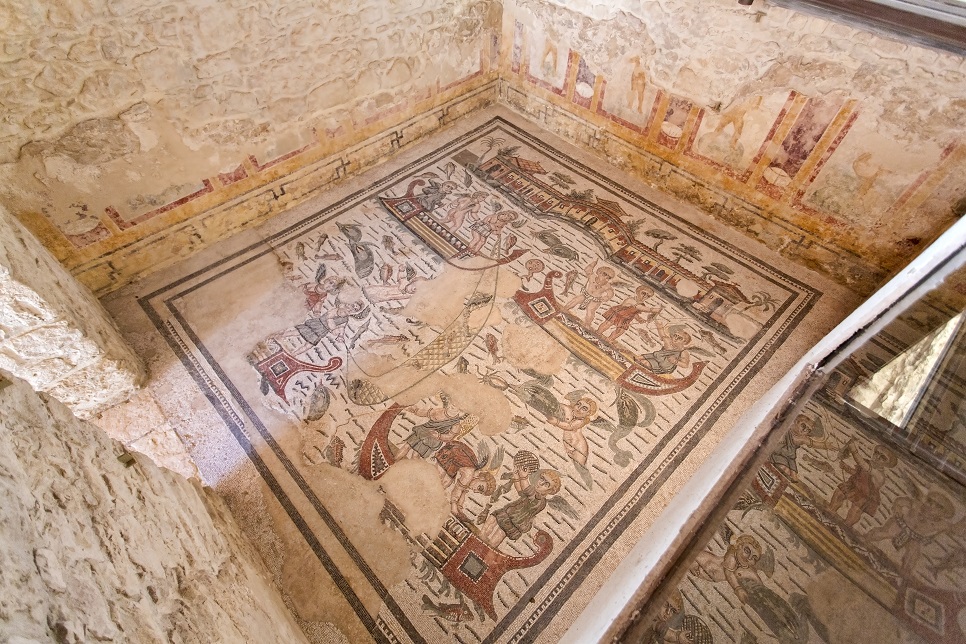 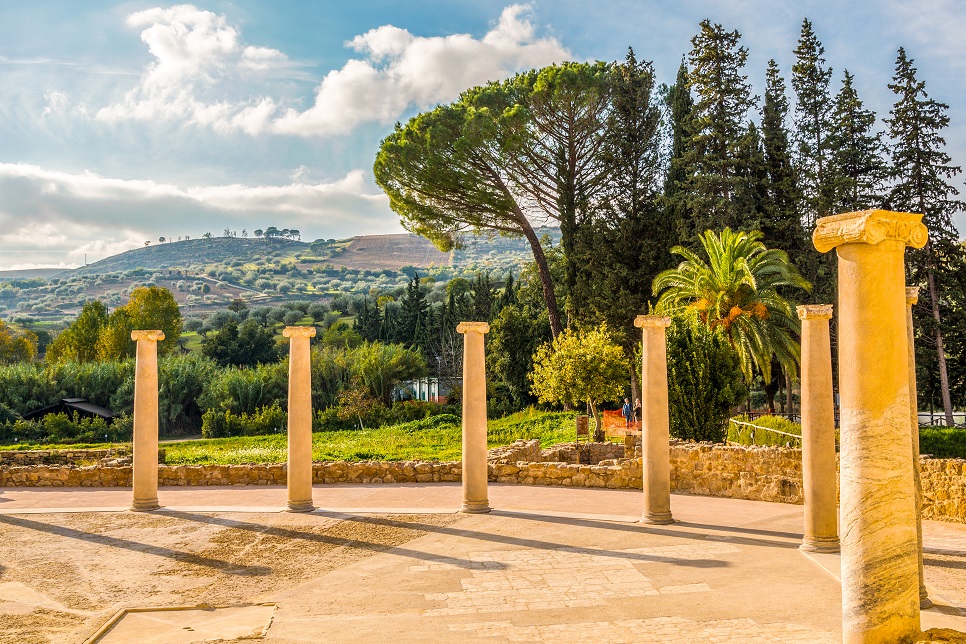 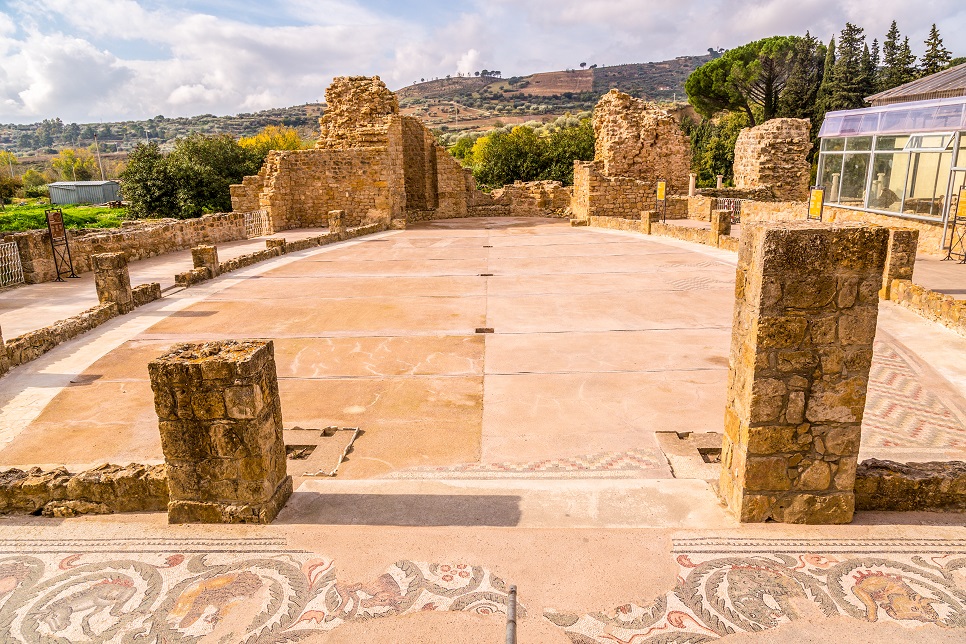 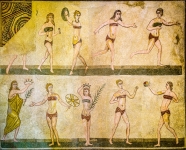 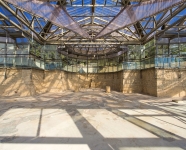 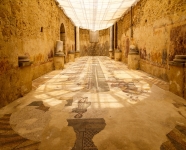 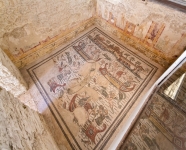 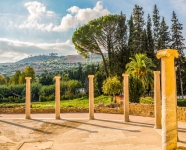 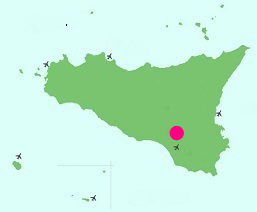 The highlight of any visit to the pretty town of Piazza Armerina, in the heart of the Sicilian countryside, is the Villa Imperiale del Casale. This stunning Roman complex, declared a UNESCO world heritage site in 1997, is home to one the world’s largest and most complex collection of Roman mosaics. Built in the early fourth century AD, the villa was covered by a mudslide in the twelfth century and a full excavation project was not embarked upon until the 1950’s.

The mosaics
The mosaics extend over 3535 square metres and are extraordinary for their depiction of everyday scenes of Roman life. The most famous of the mosaics is the ‘bikini girls’, which portrays scenes of Roman female athletes in the gym, but animal, hunting and circus scenes also play a part. The intricate mosaic of the Great Hunt is the villa’s masterpiece, a 59m carpet of stone depicting the hunt and capture of wild animals, set along the Ambulatorio. The nursery rooms (Vestibolo del Piccolo Circo and Cubiculo dei Faciulli Cacciatori) are also delightful: here you can see mosaics of children racing little chariots pulled by birds and children chasing – and being chased by – ducks and hare.

With over fifty rooms, the villa is fascinating in its own right, and gives you an excellent idea of the traditional layout of a Roman villa, with the baths, central courtyard, living quarter, dining room and servants quarters.

Piazza Armerina
Whilst the Villa is the main highlight, Piazza Armerina is an attractive town dominated by the 18th century Duomo and with winding streets and atmospheric buildings such as Palazzo Trigona.