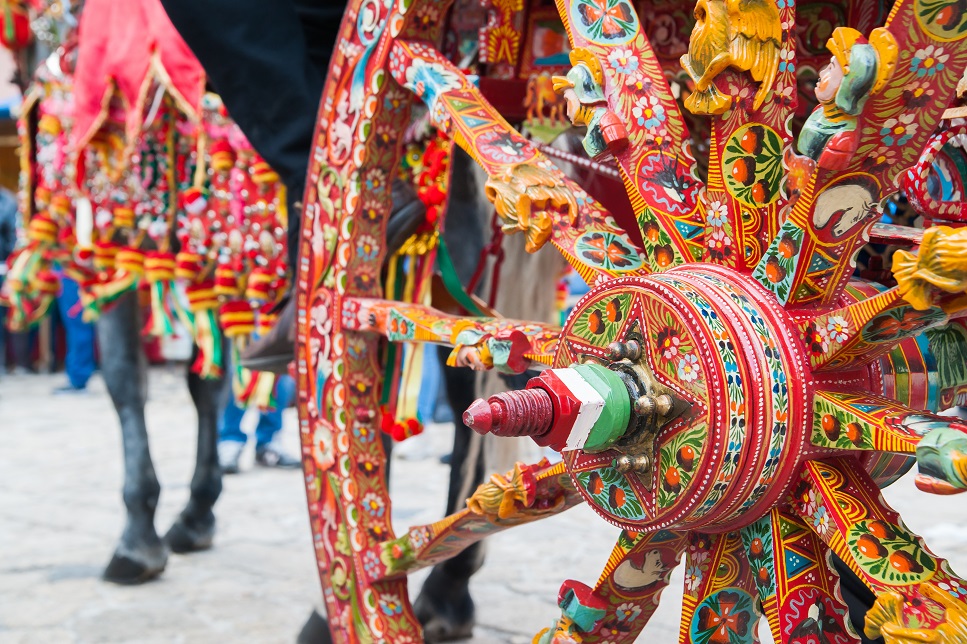 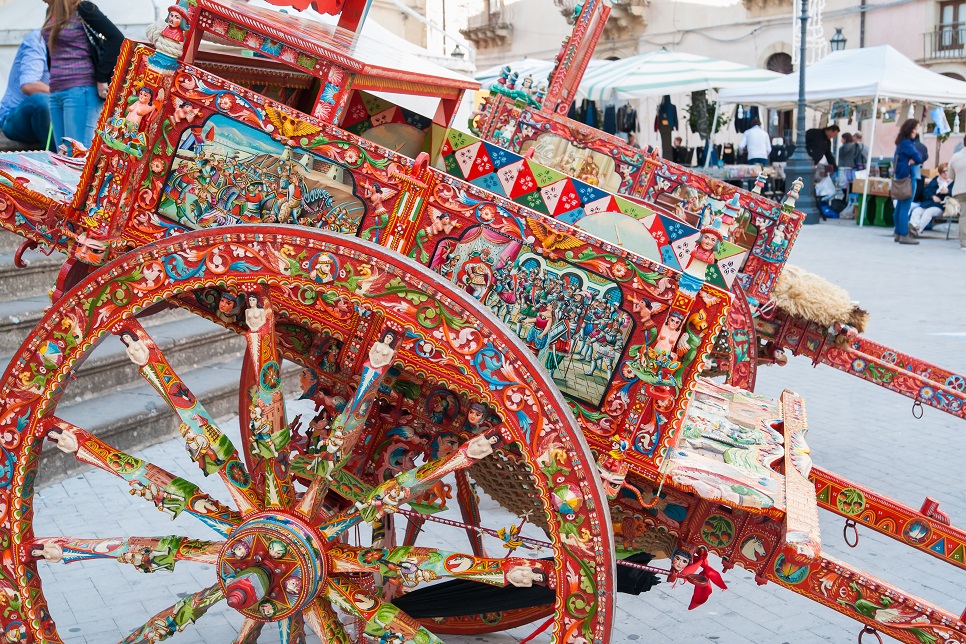 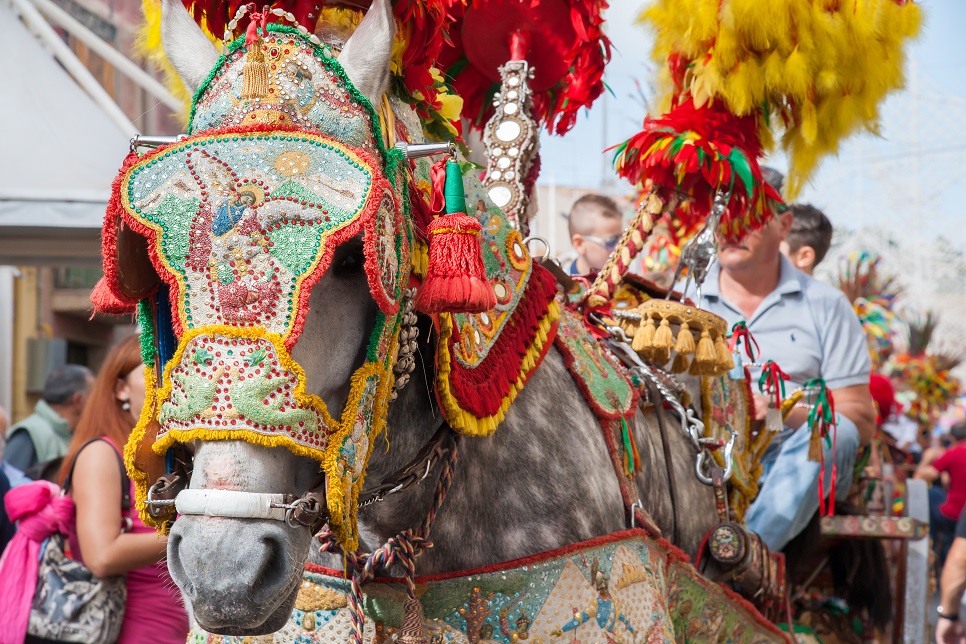 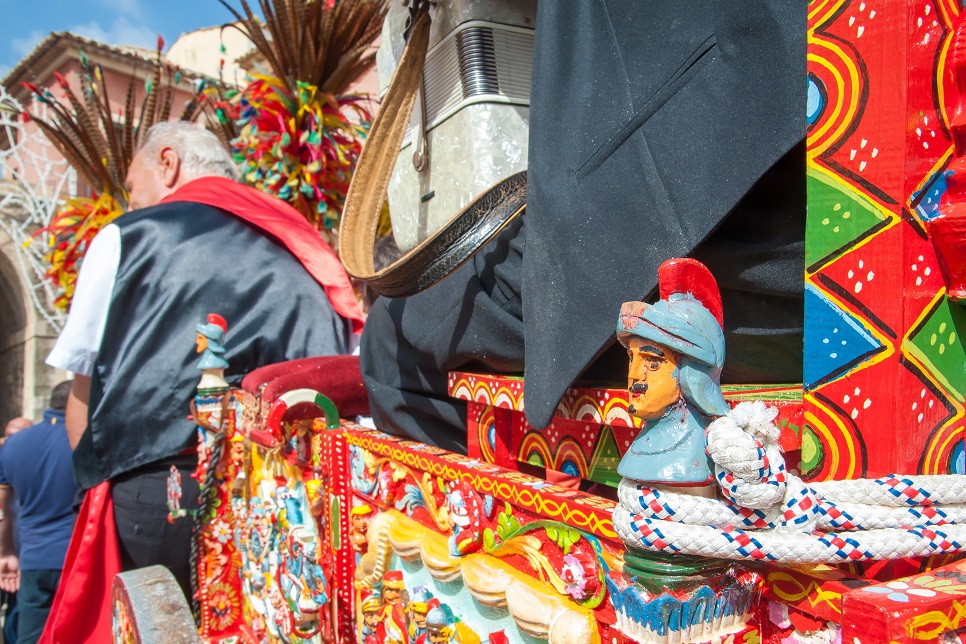 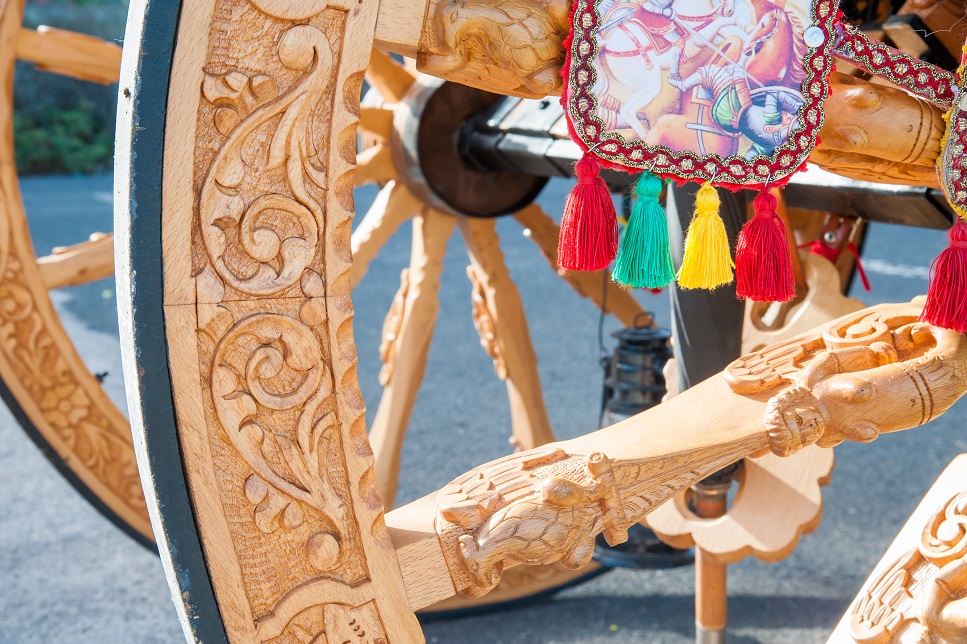 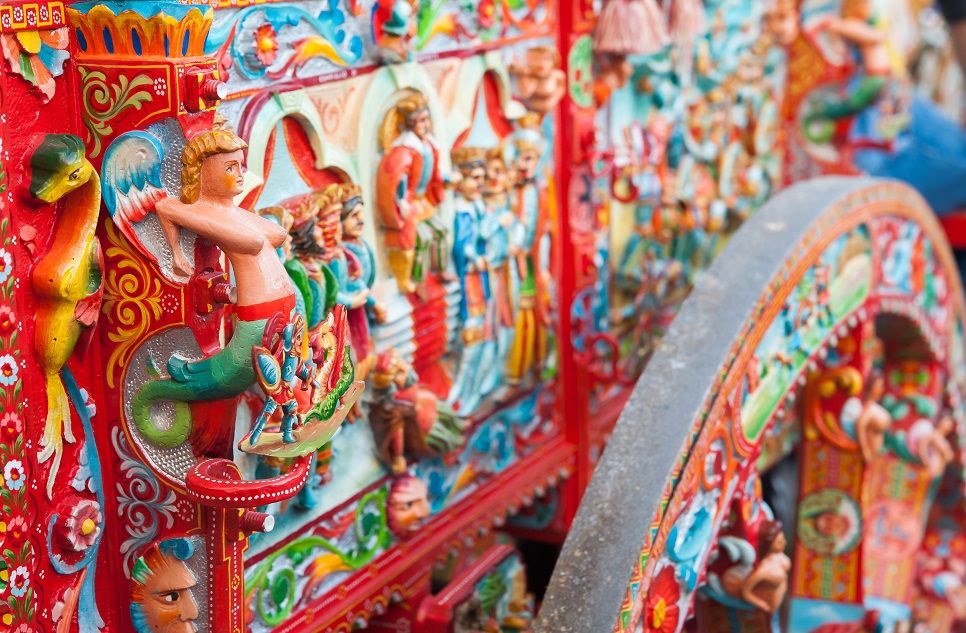 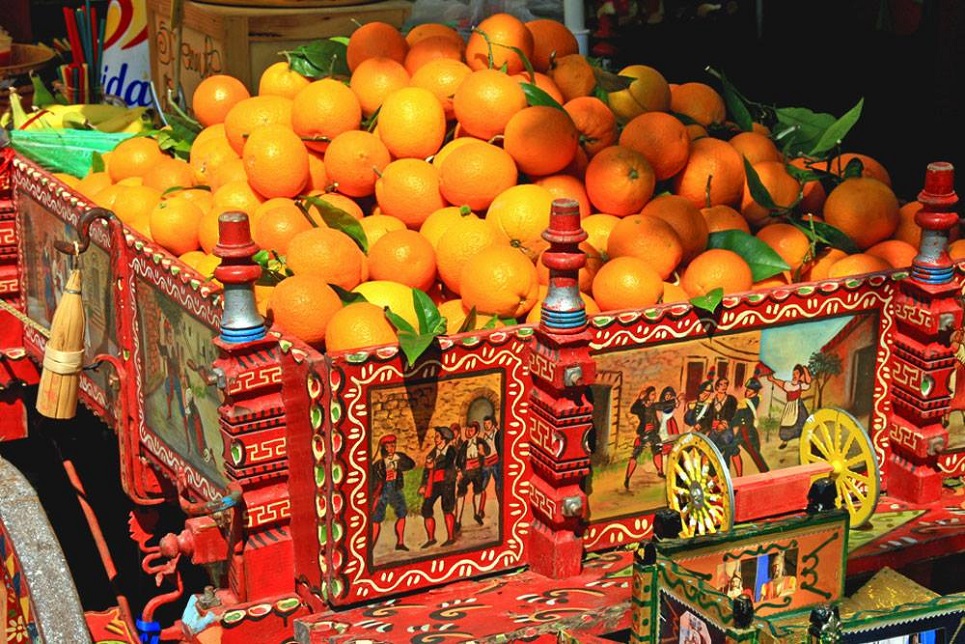 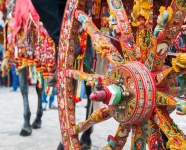 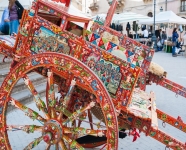 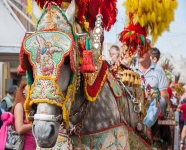 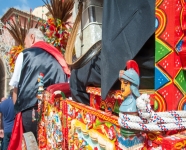 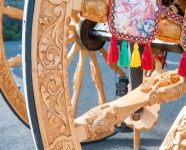 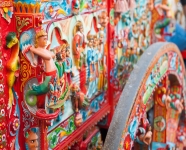 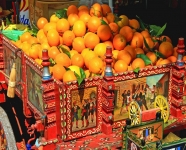 Although originally created as a means of transport, the Sicilian cart remains one of the principal icons of Sicilian folklore. The concept of the simple two-wheeled cart was brought to Sicily by the ancient Greeks although the familiar decoration did not begin until the second half of the nineteenth century. In time, the carts became status symbols, in spite of their predominantly functional nature, and they varied in shape according to their role – which may have been the transportation of salt, grapes or grain.

Brightly painted and depicting everything from moments in history to the tradition of puppetry, the colourful scenes on the wheels and main body of the cart are meticulously painted with an extraordinary attention to detail.

The carts were created by a team of carpenters, blacksmiths and artists – each of whom would be responsible for their own craft, whether that was the selection of the appropriate wood for the different parts of the cart, the shaping of the religious carvings or the final painting of the scenes. Scenes on the panels of the cart ranged from the religious and historic to traditional folklore with one of the typical illustrations revealing the legend of Roland (Orlando in Italian) and the struggles between the Normans and the Moors.

It is still possible to see Sicilian carts in several locations, including the Sicilian Cart Museum in Palermo Cathedral.