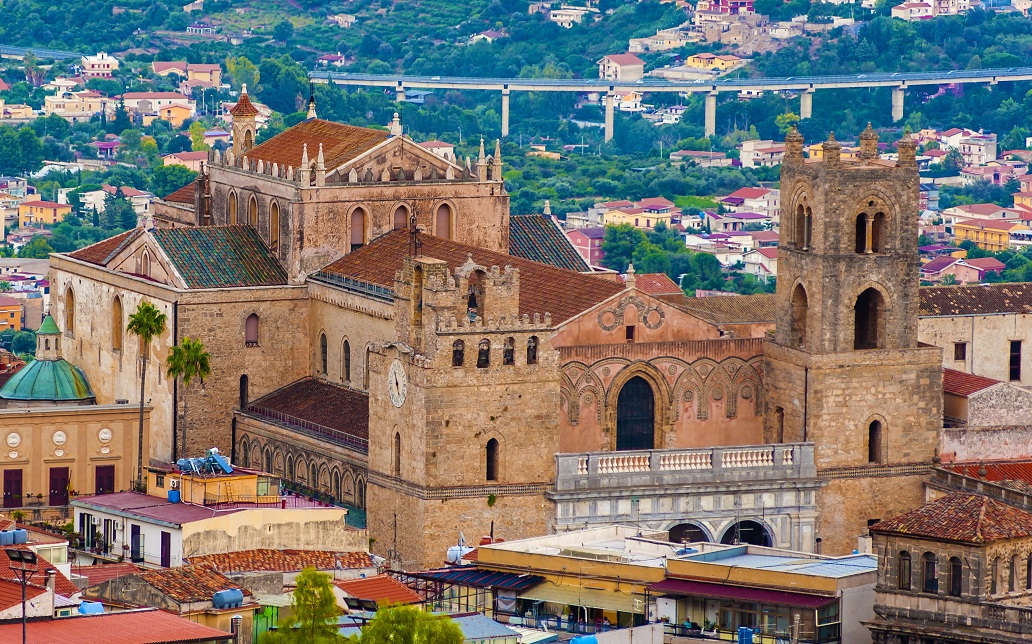 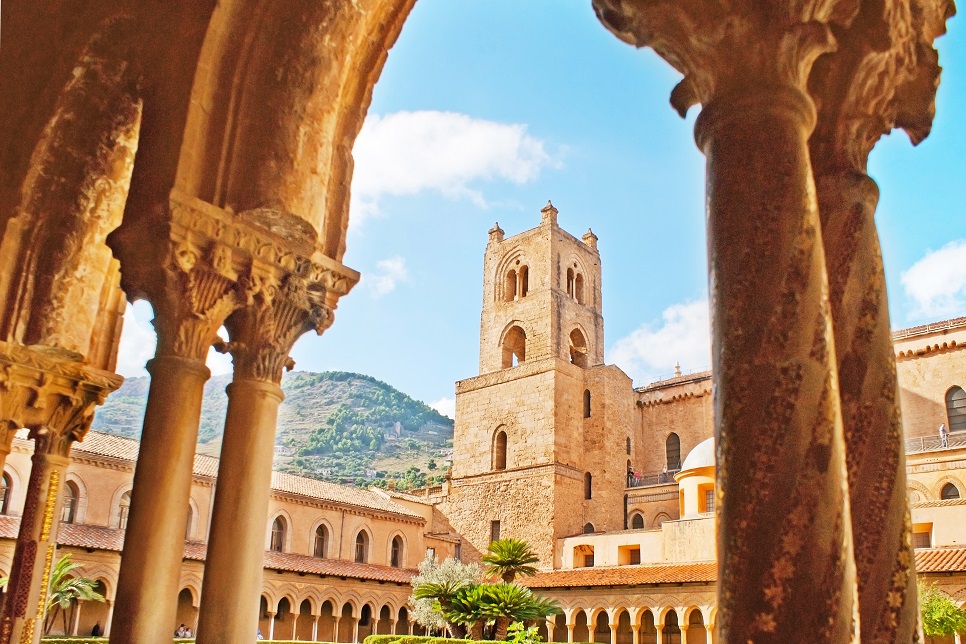 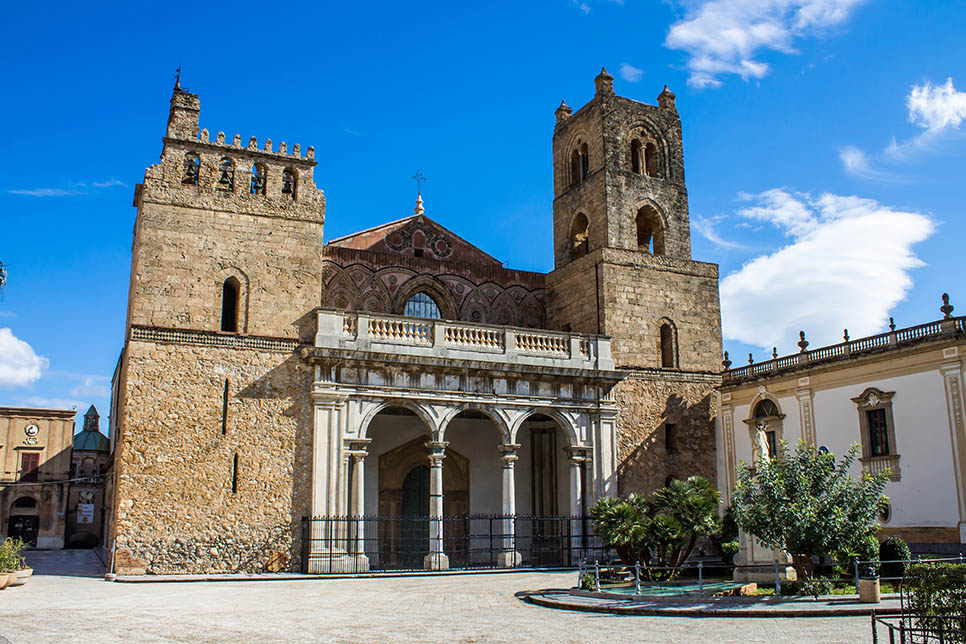 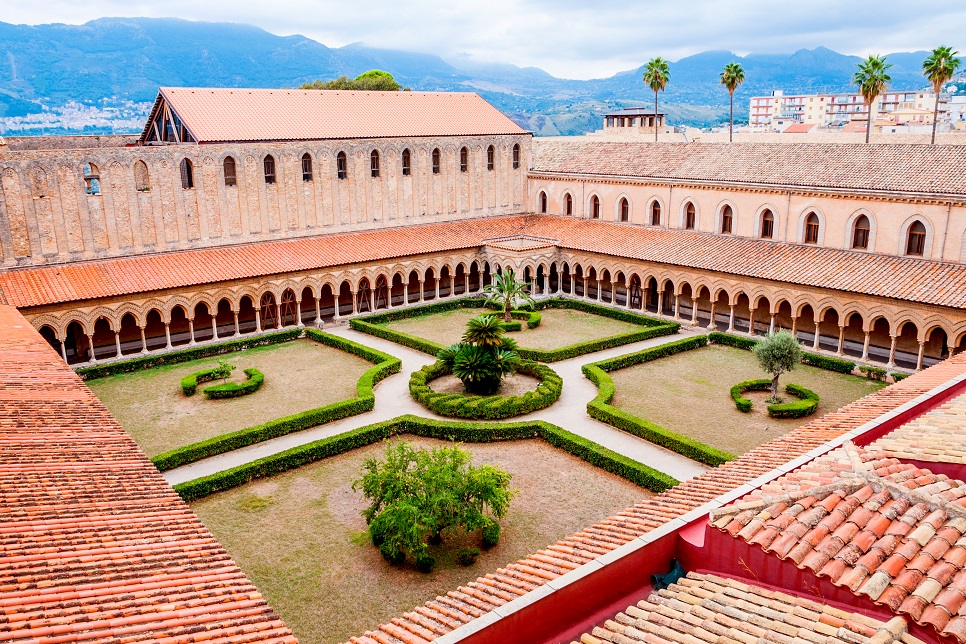 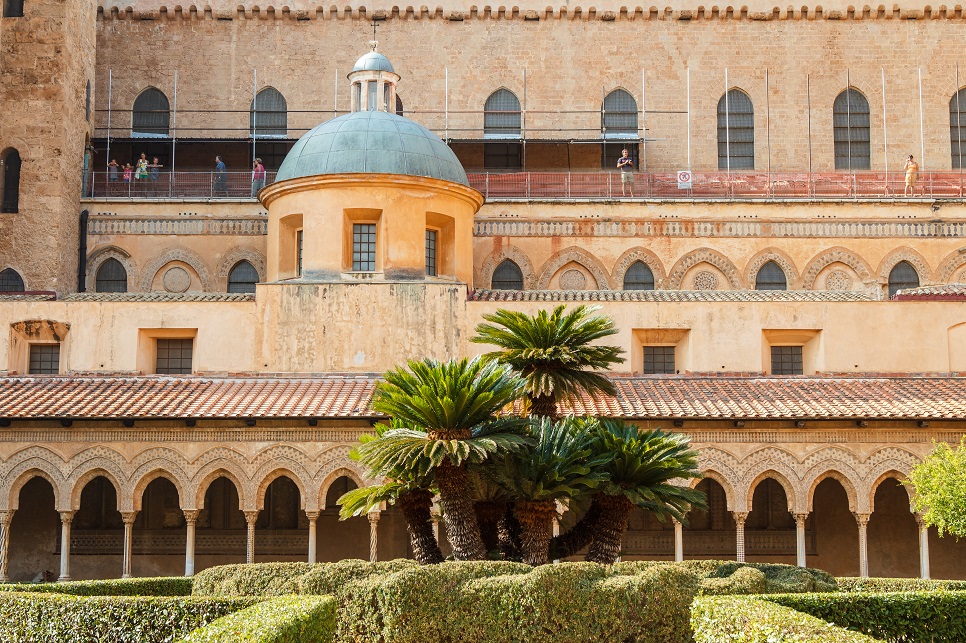 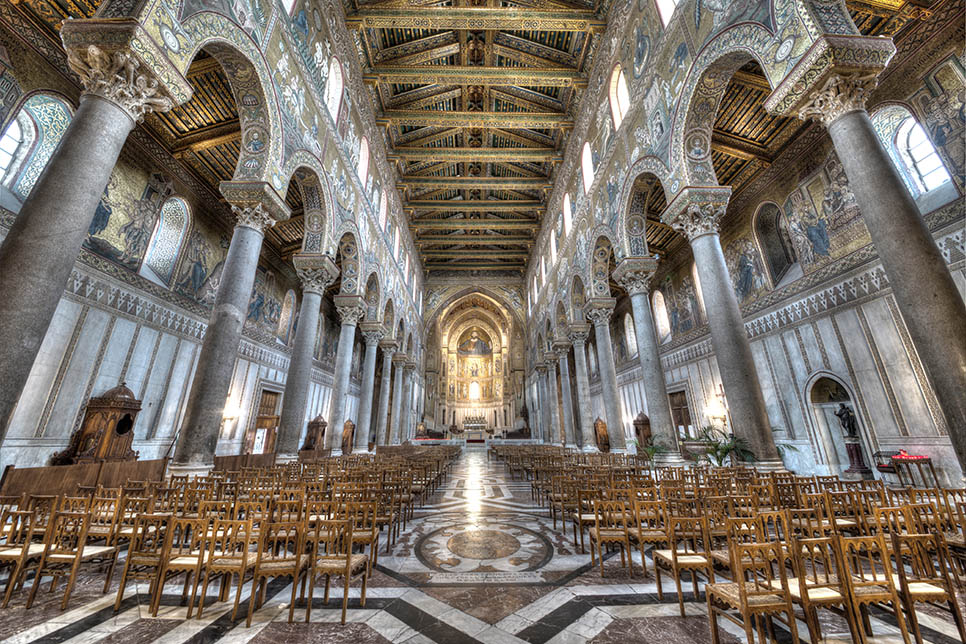 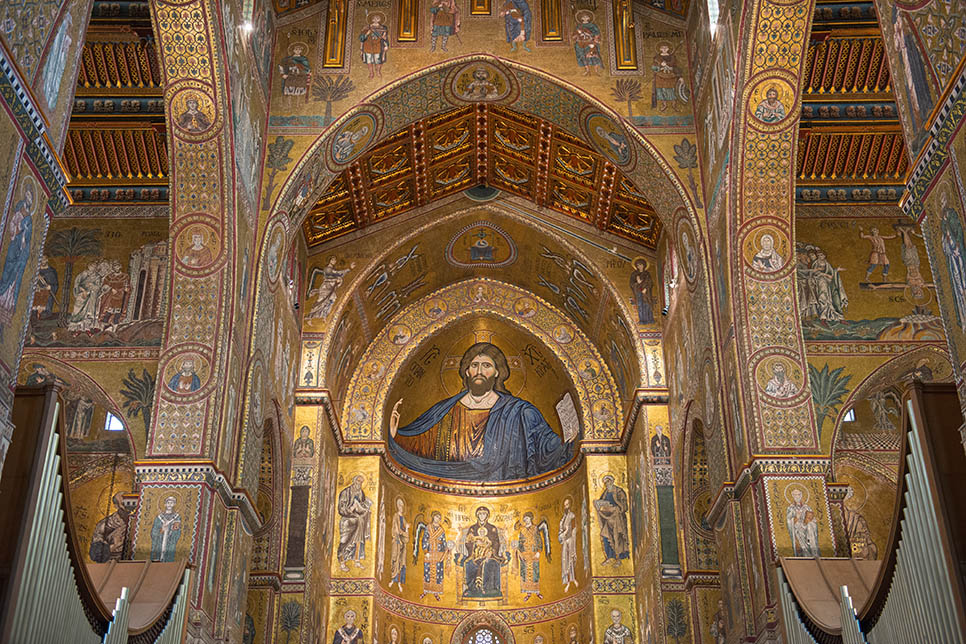 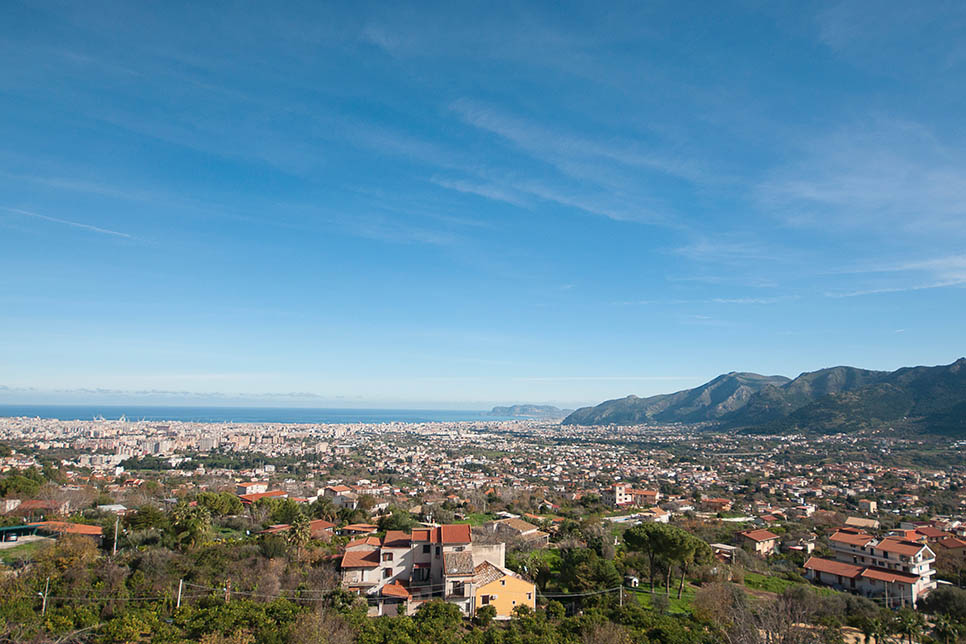 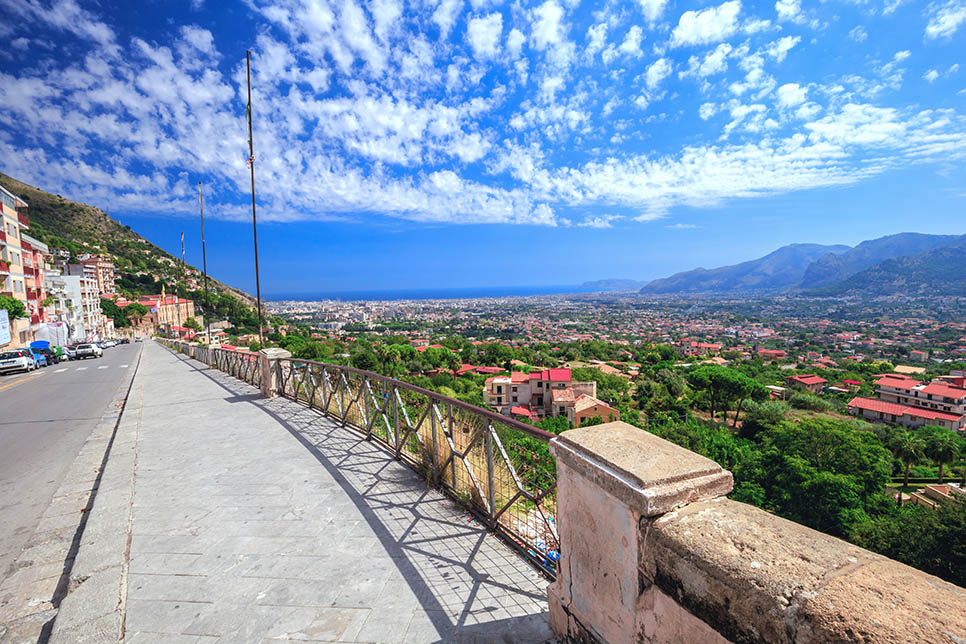 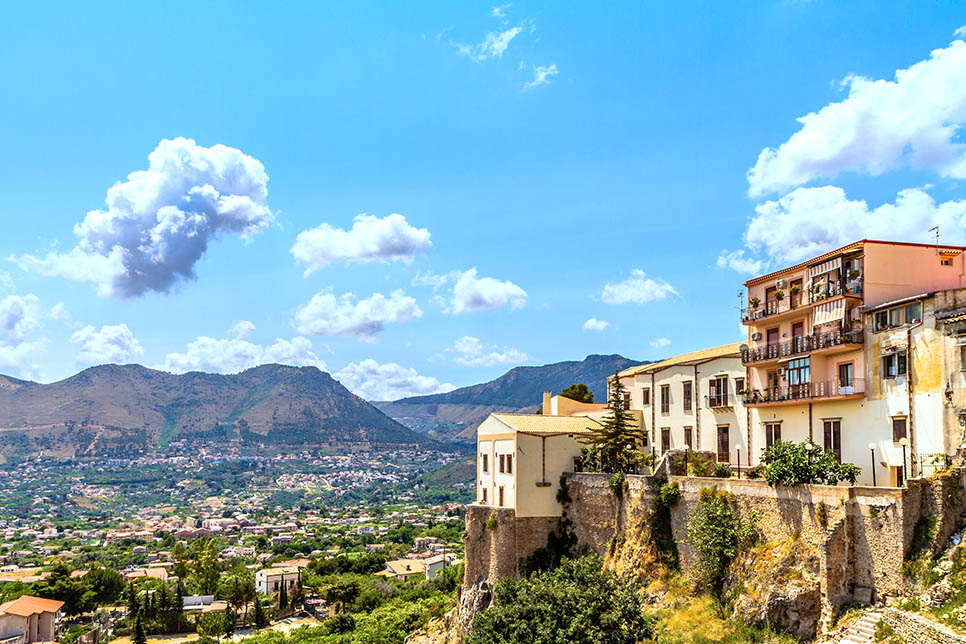 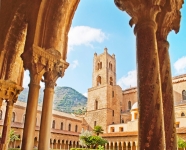 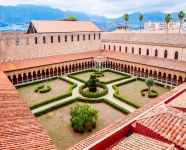 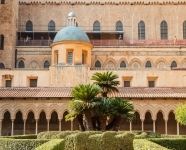 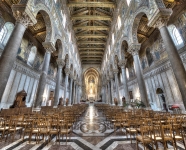 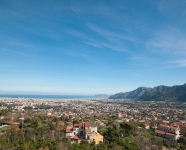 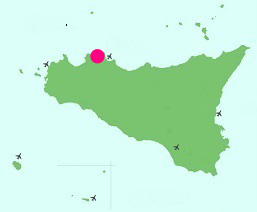 One of the nine treasures of the UNESCO listed Arab-Norman Palermo, the cathedral of Monreale is an extraordinary testament to the fusion of architectural styles and traditions that characterise Sicily.

Situated just outside Palermo, the historic hill town is easily accessible by bus along a pleasant route with views over the fertile Conca d’Oro.

Make straight for the great Norman cathedral and prepare to be dazzled by glittering gold mosaics. The cathedral dates back to the 12th century, after the Normans had driven the Arabs from Sicily and established Palermo as their capital. In 1174, King William II founded a Benedictine monastery in Monreale and employed Arabic, Byzantine and Norman craftsmen to construct and complete a new church as soon as possible in order that he and his successors might be buried here. The end result was over 6000m² of mosaics and masterpieces that include scenes of Noak’s Ark and, above the altar, the image of Christ Pantocrator, draped in a blue robe.

The cloisters of the monastery, which lie adjacent to the Duomo, comprise a quadrangle lined with more than 200 twin columns, many adorned with mosaic or sculpture.

View all our villas and holiday homes near Palermo and Monreale>>