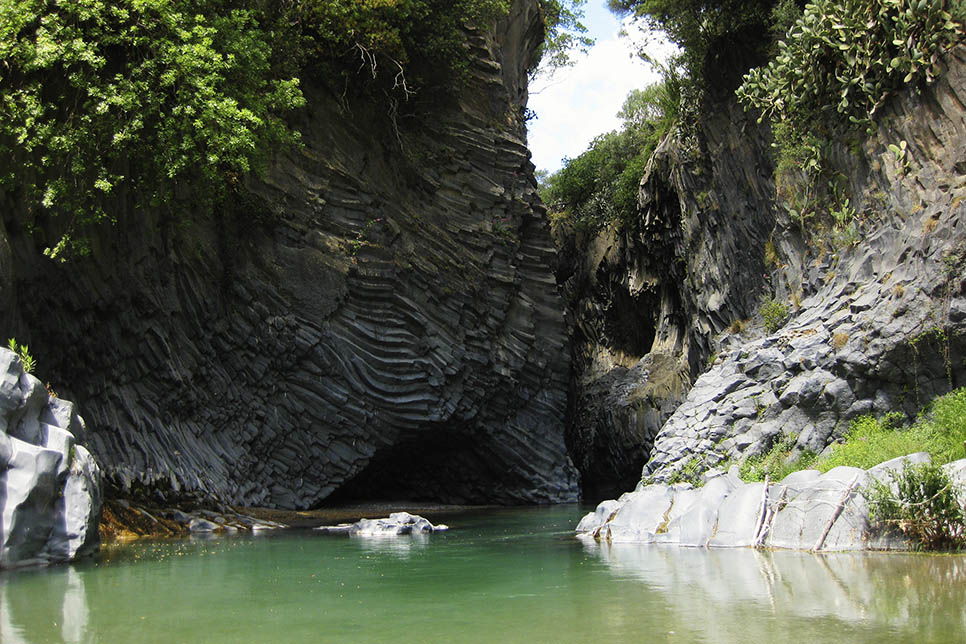 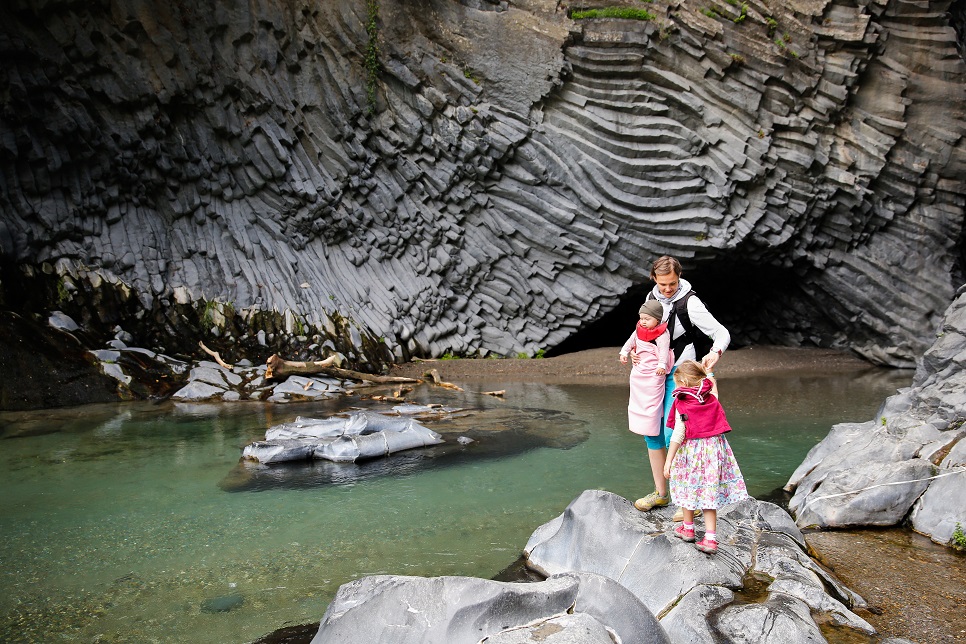 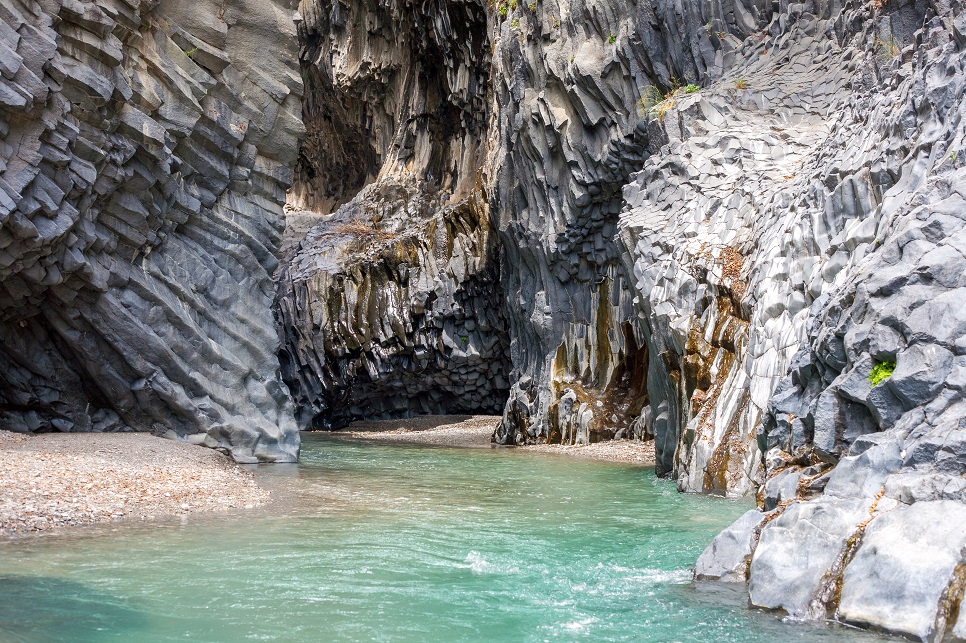 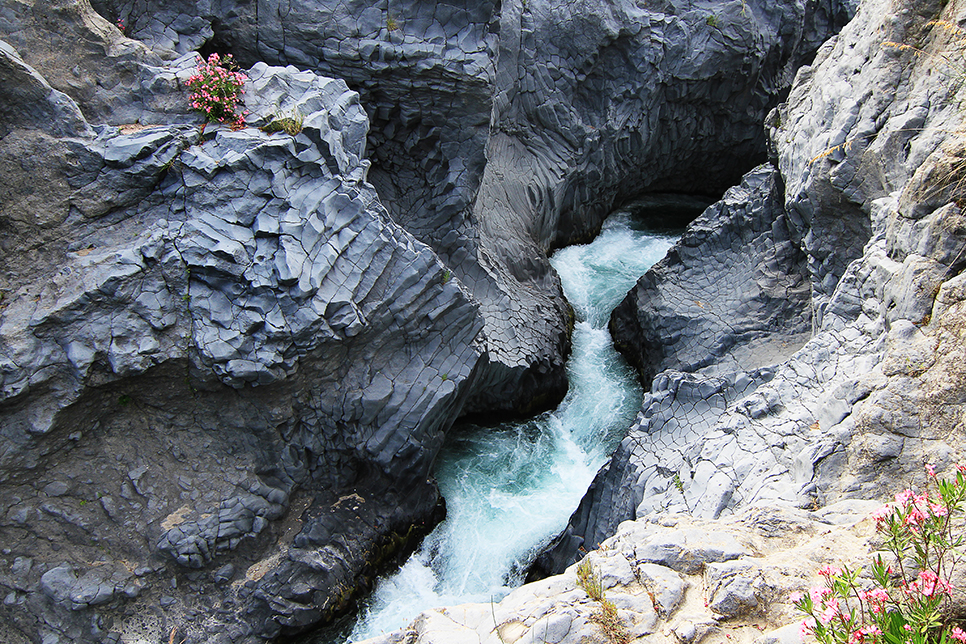 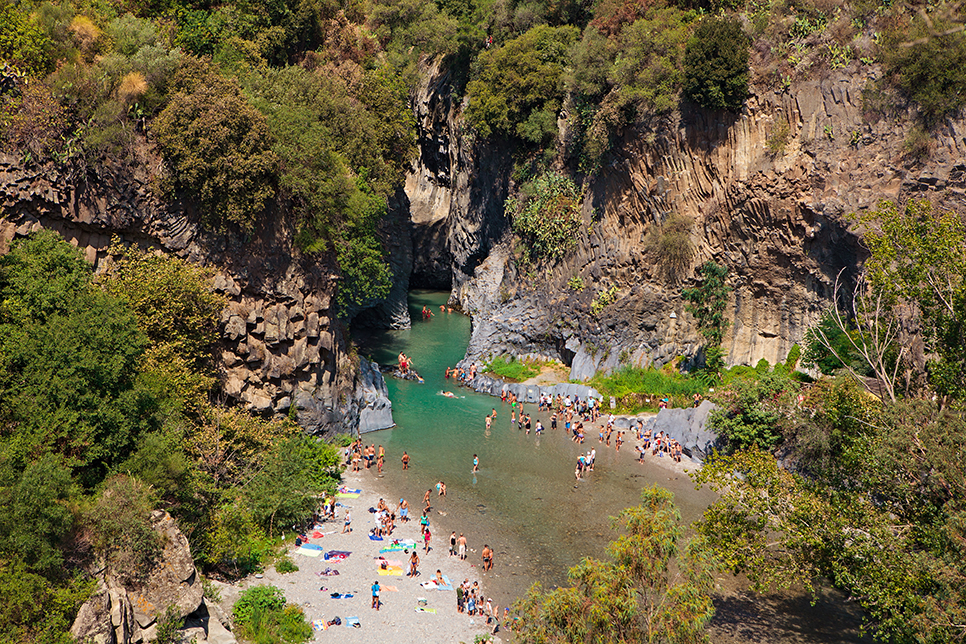 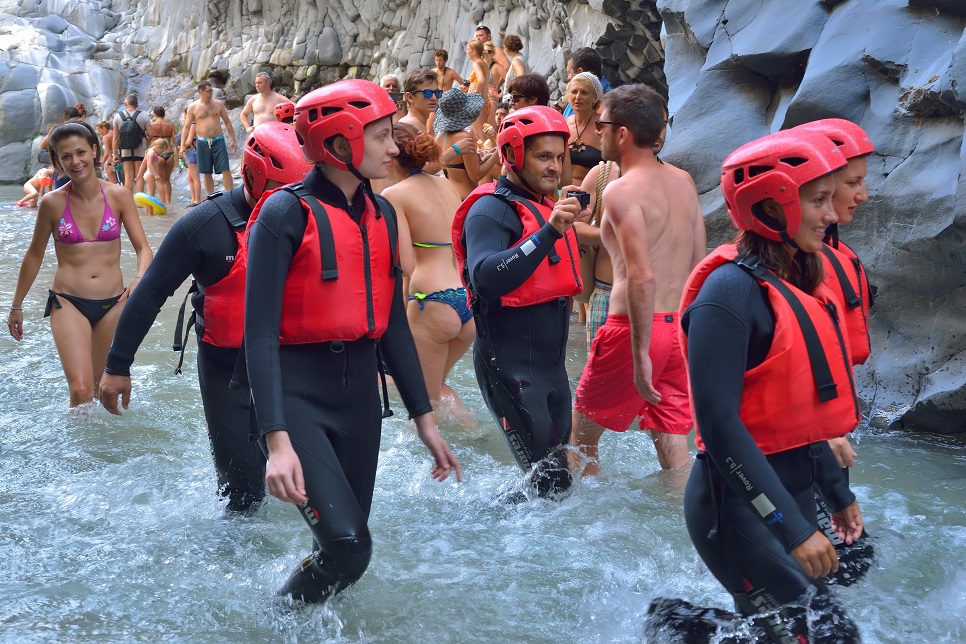 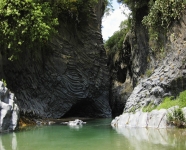 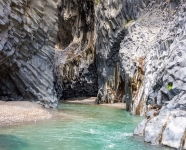 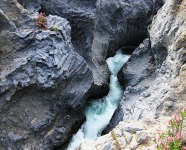 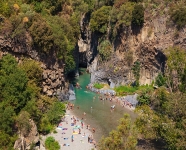 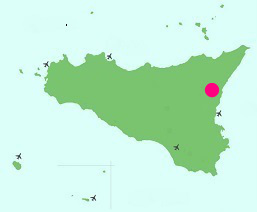 One of Italy’s most spectacular natural sights and located just 20km from Taormina, the black lava walls of the Alcantara Gorge stretch 50 m high, amidst an unspoiled parkland landscape of flora and fauna.

The gorge’s name has Arabic origins (Al Quantarah) referring to a Roman bridge. While Sicilian legends attribute the creation of the gorge to volcanic eruptions caused by the gods, the canyon’s true origin is in fact most likely due to the eruption of a volcano that once stood between Mount Etna and the Peloritan Mountains.

Originating in the Nebrodi Mountains, the Alcantara River runs for over 50km passing through several towns until it reaches the Ionian Sea at Giardini-Naxos. At the Alcantara Gorge, crystal clear water tumbles down the canyon walls, polishing and shaping them as it goes, and forming icy-cool pools at its base.

The Park is open all year round, offering breathtaking views from a series of paths and trails amongst, in springtime and summertime, orchids and poppies and through a gorgeous natural landscape of chestnut, poplar and birch trees.