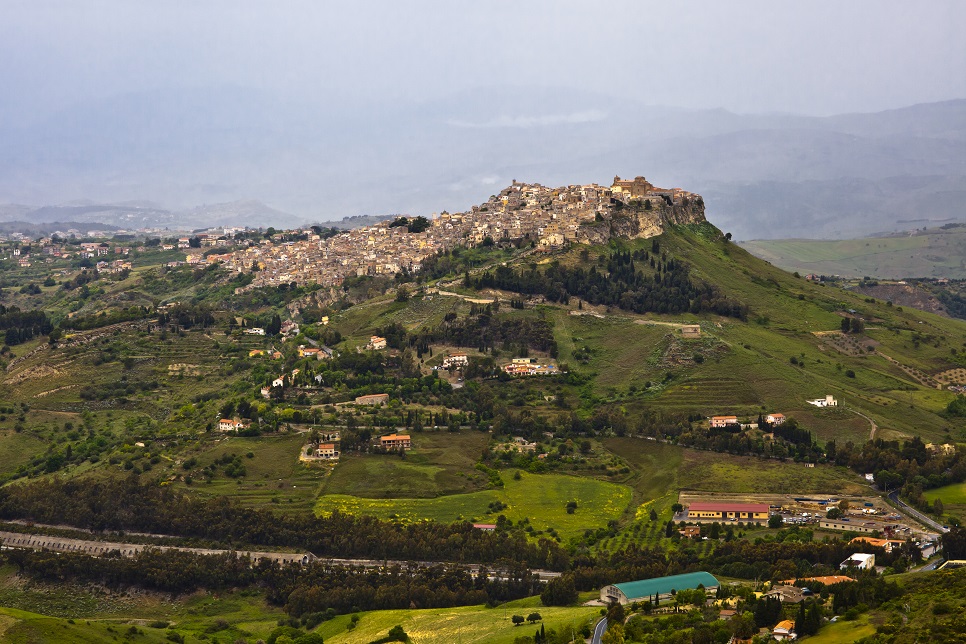 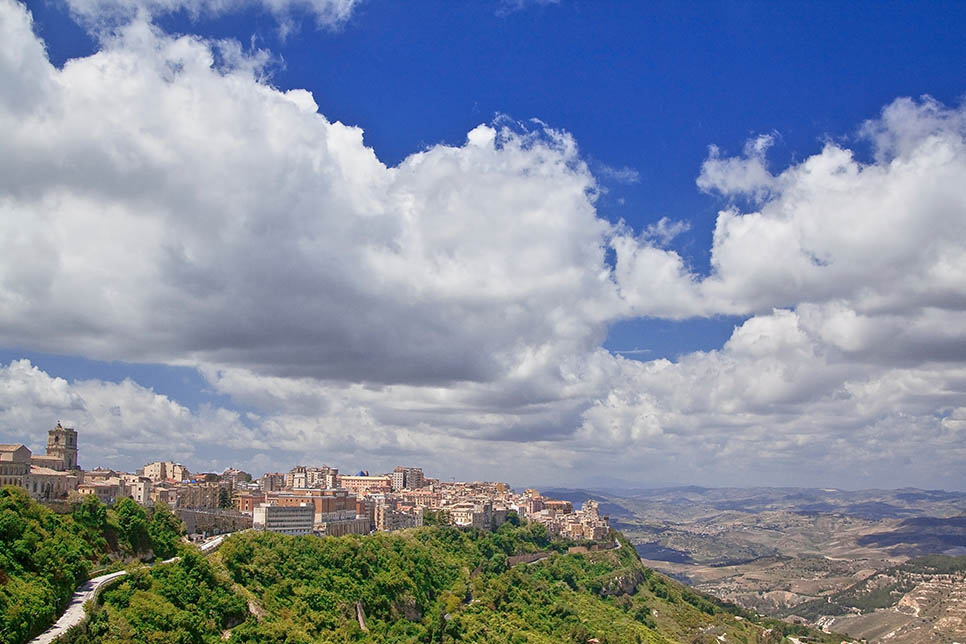 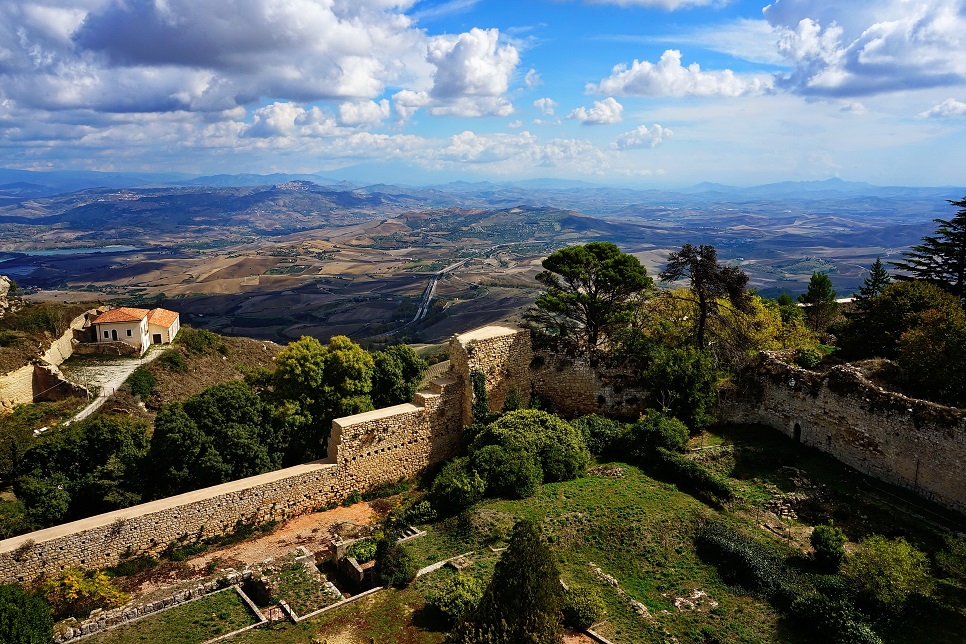 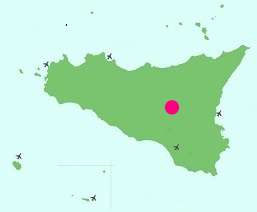 Sicily’s highest major city, Enna, sits in the heart of Sicily on a plateau overlooking rocky outcrops and hill towns at an elevation of 931m. An important agricultural centre since Arab times, the region is still responsible for much of Italy’s grain production.

Mythology and tradition is very much in evidence both in the town and at nearby Lake Pergusa (9km from Enna), reputedly the site for the snatching of Persephone (daughter to Demeter, the goddess of grain and earth) by Hades to become Queen of the Underworld. Several of the traditional Springtime festivals in the town reflect these myths and legends. Lake Pergusa is Sicily’s only natural lake which unfortunately has been rather ruined by extensive development and a racetrack.

The principal attraction in the town is the Lombard Castle, which originally had twenty towers, although only six remain. The Pisan Tower is the tallest, offering stunning views of Sicily’s Dittaino Valley. Other highlights include a Duomo and the Torre di Federico, and, in the town’s public garden, an octagonal-shaped tower named after Frederick II of Swabia.

Overall, however, there is much less to see than in Palermo and Syracuse although a visit here can be combined with Piazza Armerina, Caltagirone and Morgantina.